Click here to view detailed descriptions of Volunteer roles and responsibilities for this project.

Jane Warren (b.1825 in Alabama) was a former slave, and matriarch of the Hockley-Freeman-Clay family. She received the deed to the first fifty seven acres of her land in 1873, and later dedicated 1.26 acres “…to be used as a burying ground and graveyard and a road leading to same…” Records verify burials as early as 1908.

Over the years the cemetery became known as the “Hockley Family Cemetery” though members of several other area black families were also buried there. By 1900 census rolls identified approximately one hundred black residents within a five mile radius of the Hockley site. The black landowners set aside land for “colored church, school and playground” uses in the area. Eventually the Hockley heirs sold the land, except for the cemetery. Burials continued into the 1970’s. In 1980 the Lloyd A. Denton company filed a plat for subdivision of Northern Hills Unit 13 into residential lots north of Uhr Lane. The plat specifically labeled the old Hockley property and easement access as “cemetery” and arranged the new residential lots around the original cemetery boundary. 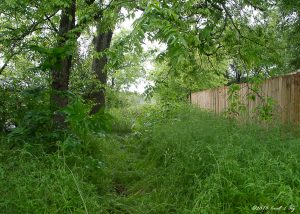 A number of other black families joined the Hockleys in buying, occupying land in the area. By 1900 the U.S. Census rolls recorded more than one hundred blacks near Jane Warren’s property and the Cibolo Creek to the north. The dedication of land by black citizens for two “colored schools”, two “colored churches”, and three cemeteries, formed the civic core of an extended rural black enclave. The Griffin-Hockley-Winters enclave is one example of at least twelve black settlements in Bexar County that originated more than one hundred years ago. The cemetery remains as the last original components of the 19th century historic black settlement currently within the San Antonio city limits. This type of cultural resource is extremely rare in a major Texas or American city. 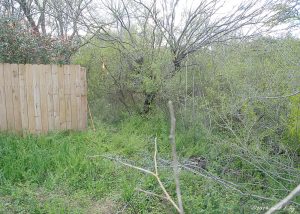 The fragments of markers, integrity of the original legal cemetery and access boundaries, and human remains are severely threatened by vandalism, desecration, illegal encroachment and maintenance neglect. It is essential that a halt be brought to illegal intrusions and obstructions into the cemetery and proper perpetual maintenance be organized. City of San Antonio historic preservation protection will then allow time for additional research and documentation that will be included in an eventual City historic resource inventory and State of Texas Historic Cemetery designation. 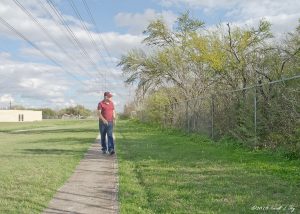