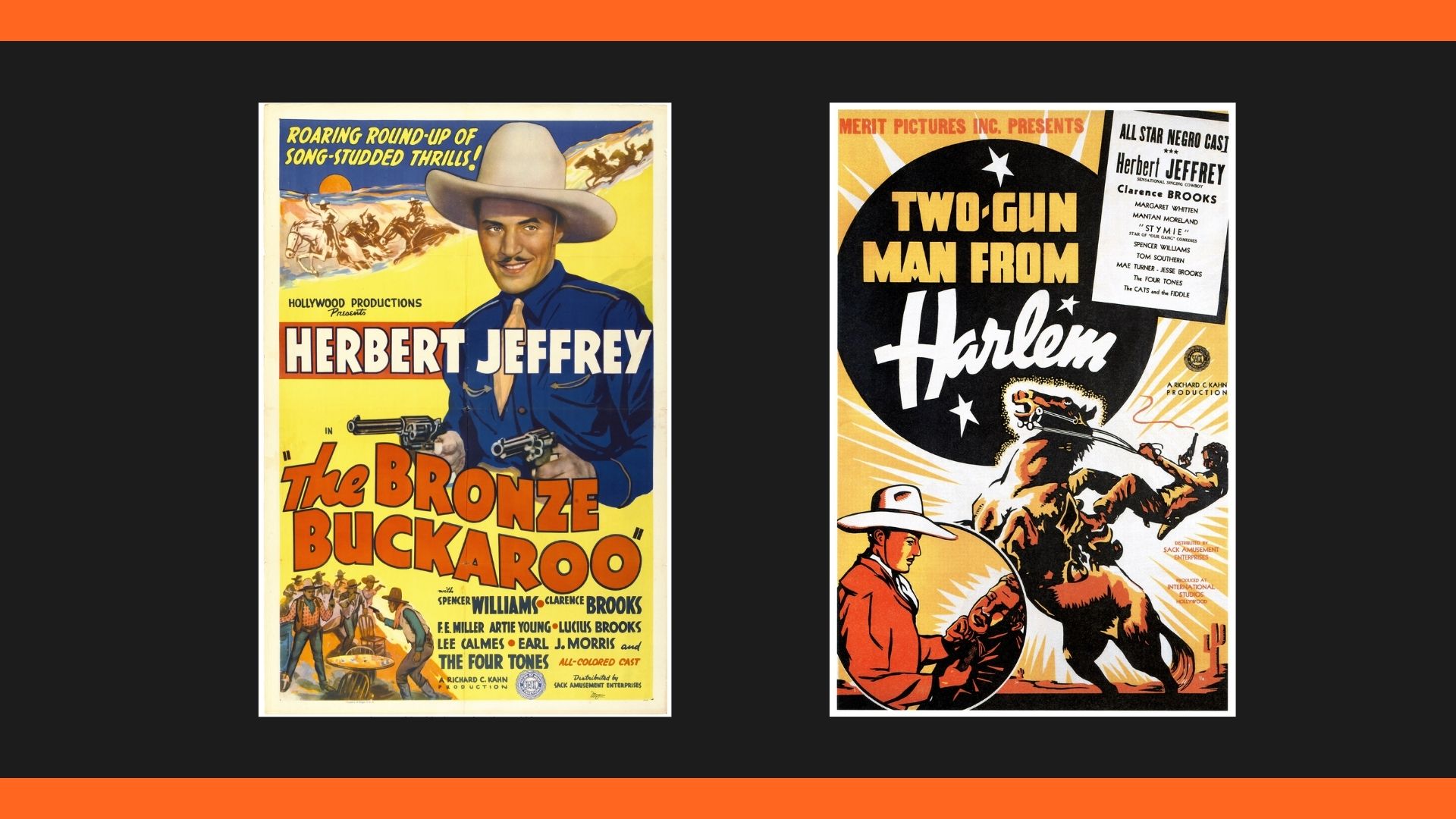 The Bronze Buckaroo – Cowboy Bob Blake (Herbert Jeffries) and four friends ride to Arizona to help Betty Jackson (Artie Young), the sister of Bob’s friend, Joe (Rollie Hardin), who has gone missing. Bob meets the Jacksons’ neighbor, Buck Thorn (Clarence Brooks), who says that he’d offered to buy the Jackson ranch but wasrejected. Unknown to Bob and his friends, Thorn holds Joe hostage to torture him into signing over his property, which hides a valuable mine. When Betty then disappears, Bob decides to take on Thorn.

Two Gun Man from Harlem – A cowboy is wrongfully accused of murder. He winds up in Harlem, where he assumes the identity of a preacher-turned-gangster who looks like him. He infiltrates the gang to catch the men who framed him. Stars Herb Jeffries, Marquerite Whitten, Clarence Brooks.

Bring the whole family out for an afternoon of learning while having fun!