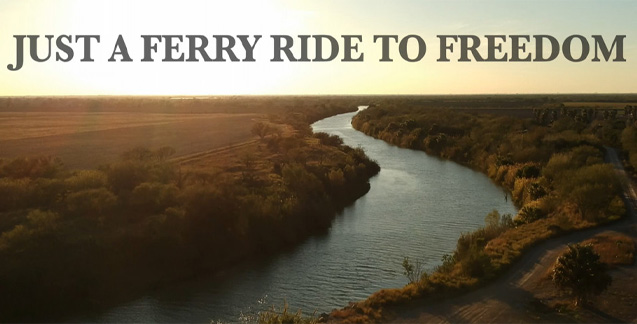 EDINBURG, Texas – A little known chapter of Civil War history makes for a dramatic story told in “Just a Ferry Ride to Freedom,” a documentary produced by the University of Texas-Rio Grande Valley.  The film is based on the choice made by enslaved runaways prior to the Civil War, to head south instead of north, to Mexico using another Underground Railroad.  The route to freedom would be longer over treacherous terrain between the Nueces and Rio Grande Rivers.

But similar to the one started by Harriet Tubman for those fleeing to the north, heroic mixed race families in South Texas were part of a secret network, helping enslaved men, women and children escape on boats that could easily cross the Rio Grande.

“It was just amazing to hear that piece of history happened right here,” said Nick Maddox, the film’s host.

A local pastor and an African-American who moved to the Valley over a decade ago from Washington, D.C., Maddox was approached by Rosann Bacha-Garza, a historian and an anthropologist and lecturer at UT-RGV.

Food truck court will be available. The movie starts at dusk.  Discussion and Q&A immediately following the film.

Admission is free. Limited reserved seating is available at no charge.  Register below.