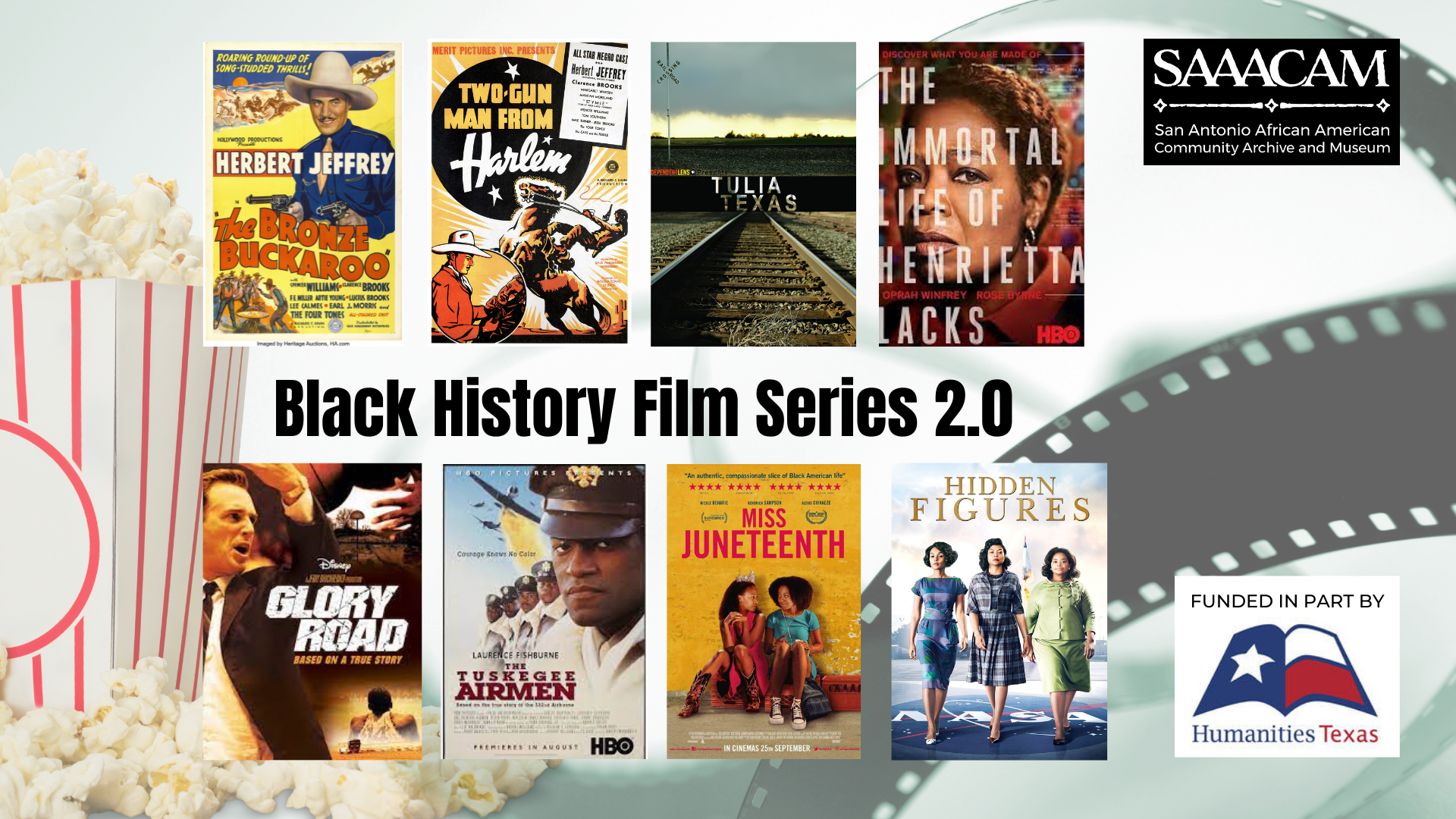 The Bronze Buckaroo – Cowboy Bob Blake (Herbert Jeffries) and four friends ride to Arizona to help Betty Jackson (Artie Young), the sister of Bob’s friend, Joe (Rollie Hardin), who has gone missing. Bob meets the Jacksons’ neighbor, Buck Thorn (Clarence Brooks), who says that he’d offered to buy the Jackson ranch but wasrejected. Unknown to Bob and his friends, Thorn holds Joe hostage to torture him into signing over his property, which hides a valuable mine. When Betty then disappears, Bob decides to take on Thorn.

Two Gun Man from Harlem – A cowboy is wrongfully accused of murder. He winds up in Harlem, where he assumes the identity of a preacher-turned-gangster who looks like him. He infiltrates the gang to catch the men who framed him. Stars Herb Jeffries, Marquerite Whitten, Clarence Brooks.

Tulia, Texas – This documentary is a look at the aftermath and investigation behind the massive 1999 Tulia, Texas drug bust, which resulted in the arrest of 46 people, 39 of whom were African American.

The Immortal Life of Henrietta Lacks – An African-American woman becomes an unwilling pioneer for medical breakthroughs when her cells are used to create the first immortal human cell line in the early 1950s.

Glory Road – Josh Lucas stars as future Hall of Fame coach Don Haskins of tiny Texas Western University, who bucks convention by simply starting the best players he can find: history’s first all-African American lineup. In a turbulent time of social and political change, their unlikely success sends shock waves through the sport that follow the underdog Miners all the way to an epic showdown!

The Tuskegee Airmen – A semi-fictionalized account of the Tuskegee Airmen, the first all-African-American Air Force squadron during World War II, the film centers on ambitious young pilot Hannibal Lee (Laurence Fishburne). Despite initial reticence by higher ranking white officers, Lee, along with Walter Peoples (Allen Payne), Leroy Cappy (Malcolm-Jamal Warner), and others, are deployed into combat. As the successful missions mount, the Tuskegee Airmen develop a reputation as an able, fearsome group of pilots.

Special Guests: The San Antonio Chapter of the Tuskegee Airmen

Hidden Figures – Three brilliant African-American women at NASA — Katherine Johnson, Dorothy Vaughan and Mary Jackson — serve as the brains behind one of the greatest operations in history: the launch of astronaut John Glenn into orbit, a stunning achievement that restored the nation’s confidence, turned around the Space Race and galvanized the world.