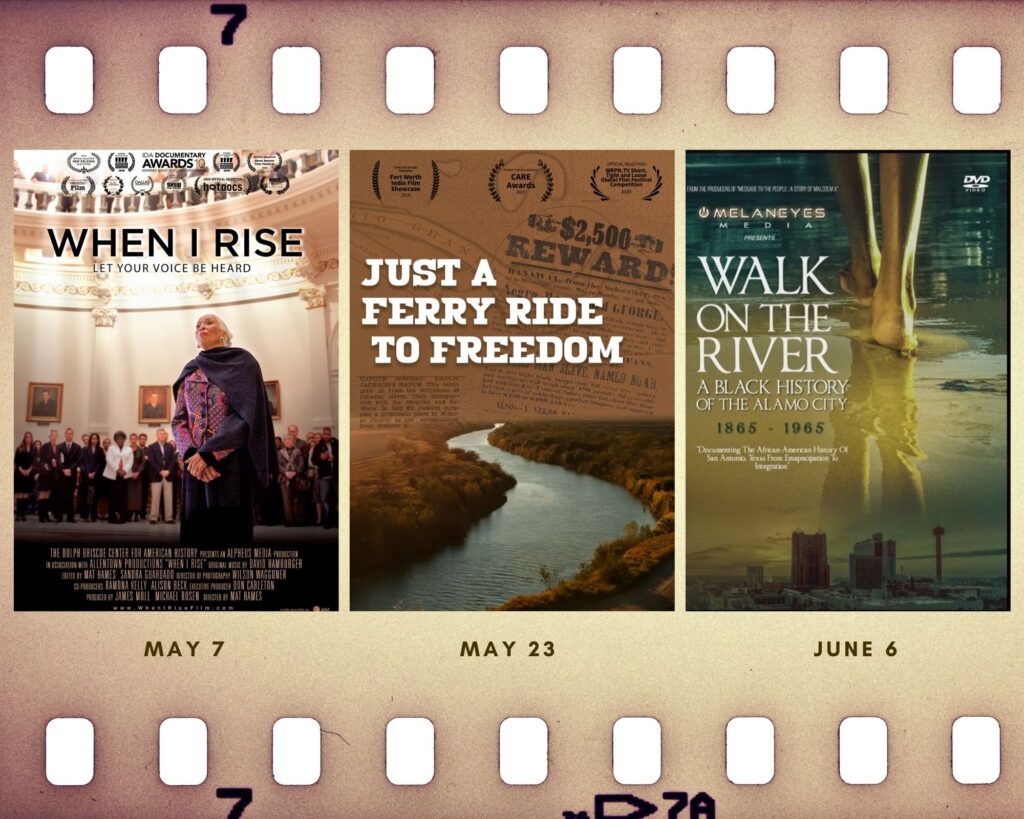 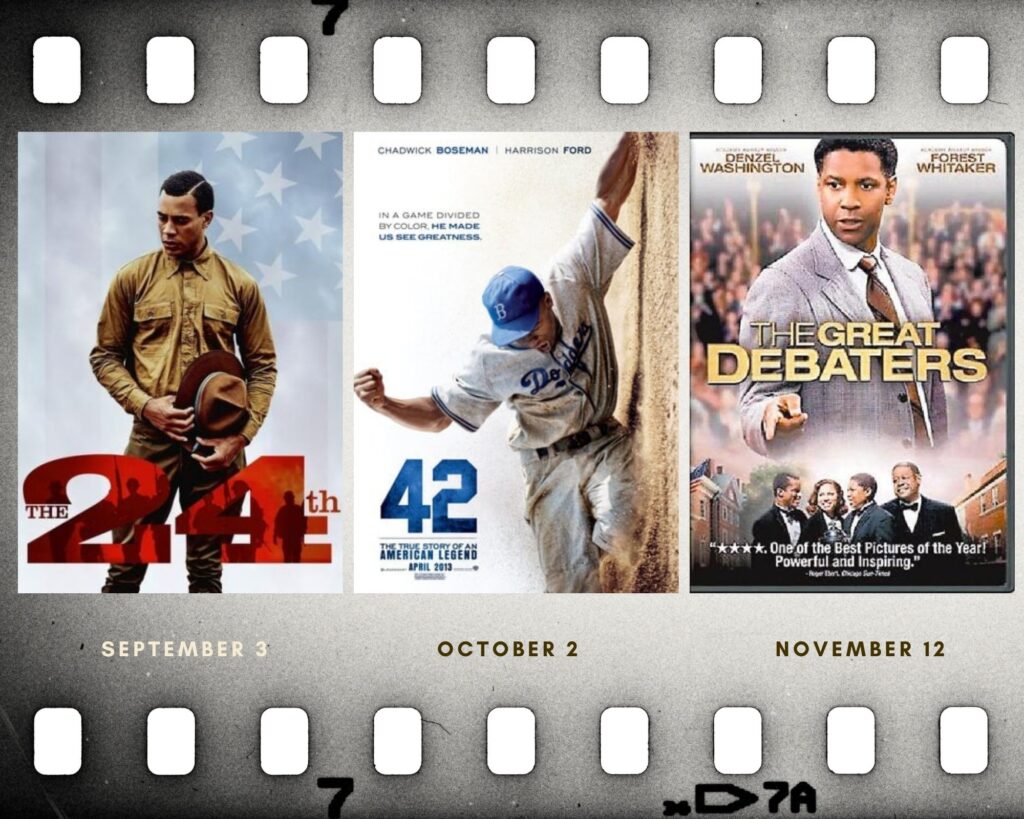 Bring your family and friends to Black History Movies under the stars.  Movies begin at dusk on the banks of the San Antonio River at the beautiful Arneson River Theater.  Stay after each film for discussion and Q & A.  Unique food truck offerings will be available at each showing.

A gifted black music student at the University of Texas is thrust into a civil rights storm that changes her life forever. Barbara Smith Conrad is cast in an opera to co-star with a white male classmate, fueling a racist backlash from members of the Texas legislature. When Barbara is expelled from the cast, the incident escalates to national news, prompting unexpected support from a pop superstar.

This small-town girl, whose voice and spirit stem from her roots in East Texas, emerges as an internationally celebrated mezzo-soprano and headlines on stages around the world.

When I Rise is an inspirational journey toward finding forgiveness within oneself.

Walk on the River – Sunday, June 6

Walk on the River- A Black History of the Alamo City” documents both the history and the contributions African Americans have made to the fabric of San Antonio from emancipation to the present time. Documenting  the path of freed Blacks establishing communities, churches and schools in the 1800’s to thriving Black owned businesses that flourished during the Jim Crow era.

The film discusses religion, politics, education, social organizations and community all in an attempt to paint a vivid picture of life for Black San Antonians in the past to help create a knowledge base, a sense of pride and a blueprint for the next generations moving forward.

This film is produced by Melaneyes Media an independently Black owned and operated company in San Antonio.

This film showcases stories about the Texas-Mexico border and its connection to the Underground Railroad.

Rooted in pre-Civil War Texas along the Rio Grande between the emerging cities of Laredo and Brownsville, this film highlights mixed-race ranches in Hidalgo County and illustrates how culturally diverse the Rio Grande Valley really is.

Lifeways developed during that time still influence life along the border and across the US today.

Featured in the film are community leaders, ranchers, and historians who find out how just a ferry ride across the border to freedom altered the course of U.S. history.

Kevin Willmott’s historical war drama “The 24th” nestles itself during the discord of 1917. The all-Black 24th Infantry is stationed in Houston, Texas to guard the construction of Camp Logan, a training ground for white soldiers expected to fight in France. The Black soldiers arrive with the same expectation. They believe if they do well then they’ll be sent to combat where they can prove themselves. But the servicemen soon discover the oppressive weight of Jim Crow and endure a barrage of indignities and abuse which spurs them to do the unthinkable.

Hero is a word we often hear in the world of sports, but heroism is not always about achievements on the field of play. 42 tells the story of two men — the great Jackie Robinson (Chadwick Boseman) and the legendary Brooklyn Dodgers manager Branch Rickey (Harrison Ford) — whose brave stand against prejudice forever changed the world by changing the game of baseball. In 1946, Rickey signed Robinson to the team, breaking Major League Baseball’s infamous color line. Facing racism from every side, Robinson demonstrated tremendous courage by letting his talent on the field do the talking — ultimately winning over fans and his teammates, and paving the way for others to follow.

Based on a true story, the plot revolves around the efforts of debate coach Melvin B. Tolson (Denzel Washington) at Wiley College, a historically black college related to the Methodist Episcopal Church, South (now The United Methodist Church), to place his team on equal footing with whites in the American South during the 1930s, when Jim Crow laws were common and lynch mobs were a fear for blacks. The fictional Wiley team eventually succeeds to the point where they are able to debate Harvard University (real life, Stanford University).

The movie explores social constructs in Texas during the Great Depression, from day-to-day insults African Americans endured to lynching. Also depicted is James L. Farmer, Jr. (Denzel Whitaker), who, at 14 years old, was on Wiley’s debate team after completing high school (and who later went on to co-found the Congress of Racial Equality). Another character on the team, Samantha Booke, is based on the real individual Henrietta Bell Wells, acclaimed poet and the only female member of the 1930 Wiley team who participated in the first collegiate interracial debate in the US.[4]

The key line of dialogue, used several times, is a famous paraphrase of theologian St. Augustine of Hippo: “An unjust law is no law at all.” Another major line, repeated in slightly different versions according to context, concerns doing what you “have to do” in order that we “can do” what we “want to do.” In all instances, these vital lines are spoken by the James L. Farmer Sr. and James L. Farmer, Jr. characters.